For a few years now housing prices have been steadily climbing higher, especially in the Metro Atlanta area. If your house was immaculate or at least in decent condition, it would sell. Chances are you would have multiple offers on your property. But things look like they are changing.

First things first, if you have a property anywhere in the Metro Atlanta area, we would like the opportunity to make you an offer for it just the way it is. No hassles and a fast easy sale. You can contact us at (770) 756-8680 or visit this page and complete a short form and we will contact you shortly.

Okay – now on to why you are here – to learn what’s happening in today’s real estate market. 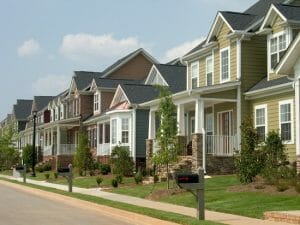 Bidding Wars Are Down

It looks like the days of putting a property on the market and the price getting run up by multiple offers are becoming a thing of the past for sellers. Don’t believe us? Check out this from Redfin’s Blog about bidding wars by Dana Olsen:

Just 10.4 percent of offers written by Redfin agents on behalf of their homebuying customers faced a bidding war in August, down from more than 42 percent a year earlier. That overtakes last month’s 11.4 percent bidding-war rate as the lowest on record since at least 2011.

The national bidding war rate reached a high of 59 percent in March 2018, then started to drop as homebuyers reached their limit with sky-high housing prices and rising mortgage rates in the middle of last year. As the housing market has cooled slightly, so has competition to purchase homes.

We suggest you visit that page and look at the graph that shows the National trend and you will see it hit a peek of around 60% in 2017 nationally and is now down around 10%.

If you watch any news at all you know that we are in the midst of a trade war with China. While we believe this hurts the Chinese more than us, yet it still reeks havoc on the Stock Market. Add to that every other country in the world has a slowing economic market. All of this makes buyers think twice about purchasing a property, especially if they think there is a down turn about to happen. Everybody remembers the housing bubble of ’08, it’s fresh in their minds. Also there was an inverted yield curve in the month of August, which is usually a good indicator of a recession looming.

Lisa Chamoff wrote about this in a recent post on Forbes:

Homebuyer confidence is dropping, and more than half of current house hunters plan to put their home search on hold until the economy recovers, according to survey data released this week by Realtor.com.

The survey this month by Toluna Research found that more than 36 percent of 755 active home buyers expect the U.S. to go through a recession next year. This is up by about 6 percent when shoppers were asked the same question this past March.

So where does Atlanta’s housing market fall in all of this. Inside the perimeter we are seeing some change. We have seen properties listed longer as well as sellers having to slash their asking price.

Michael E. Kanell had this to say about it in the AJC earlier this year:

Yet the number of homes sold during the month was 8.9 percent below that of March 2018 as fewer buyers and sellers found common ground. Home sales volume has been declining for several months in metro Atlanta, including a 7.4 percent drop in February.

Over the years we have always seen inside the perimeter to be effected first, then spread to the surrounding counties.

So Are We Headed For Another Housing Crisis?

In all actuality, we don’t think so. There were two major factors that really had an effect on the crash of ’07-’08.

So what’s the take away from this? We do think there will be a correction coming, no market keeps going up for ever. At some time there has to be some sort of correction and prices will probably drop a bit. If the China trade war continues or there is some other global economic catastrophe, it may be a little more severe. However, we aren’t trying to paint an all “Doom and Gloom” scenario!

Even if you house is ready to list with an agent – it’s still a good time to sell. Better now than later and have to wait until after any correction because you never know how long that will take.

Here’s a short video that goes over a few of the points we covered and will expand more on these thoughts: