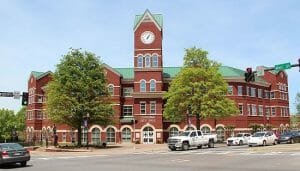 The area was originally settled by the Cherokee Indians. The Cherokee lived alongside white settlers until gold was discovered in North Georgia in 1828. In 1865 the Treaty Of New Echota was signed that forced the Cherokee to move to the Indian Territory west of the Mississippi River. This migration of the Indians is known as the infamous Trail of Tears.

Now it’s a totally new city that is experiencing great growth, thanks to Georgia 400 that has helped make it easier to commute to Atlanta.

One of Forsyth’s and Cumming’s biggest attractions is Lake Lanier. If you are looking for some excellent campgrounds, Sawnee , Shady Grove and Baldridge Creek are fantastic for fishing, boating and swimming.
Lanierland Music Park hosts concert events in the summer up to late fall that showcases popular country music singers.

If golfing is your thing, the area has some excellent golf courses, including championship golf course Hampton Golf Village.

There are a lot of interesting facts to know about Cherokee County Georgia. If you have never visited, or are just curious about the county, keep reading to learn more. 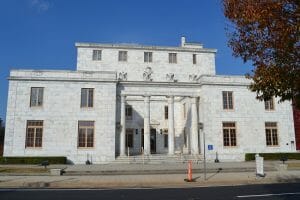 Cherokee County GA is roughly 40 miles north of Atlanta. It is the home of Reinhardt University. The county was originally much larger as was divided up into 24 separate, smaller counties. It now covers about 424 square miles of land and 13 square miles of water, with the water being mostly Lake Allatoona.

It now has a population of around 240,000. According to the Census of 2000 the population was only around 141,000. The counties explosive growth is thanks to it’s proximity to Atlanta and being easily accessible via I75.

If you think the name “Cherokee” might have something to do with the Cherokee Nation of Indians, you are absolutely right. The county was actually named after the Cherokee Indians living there in the 1830’s, before they were forcefully removed, and was part of the infamous Trail Of Tears. Removing the Cherokee Indians allowed the county to be used for agricultural uses including the cultivation of corn and cotton as well as the mining of both gold and marble.

The gold rush started around 1828. Sixes Mine, on the site of present-day Sixes Mill, was one of the first in the area. The gold from this mine was noted as some of the purest in the state.

The county’s fourth court house which was built in 1929 was built with white marble from Georgia and today houses the counties administration offices.

The county seat is named Canton, which has an interesting story all it’s own. The name was taken from the city in China because residents tried to establish a silk trade in the late 1800’s. Prior to that, it had been called Etowah, for the Etowah River that cuts through the town.

With roughly 80,000 homes in Cherokee County, if you have one that you need to sell, and sell fast, please reach out to us. We would love the opportunity to make you an all cash offer on your house today. You can visit our website, or call us at 770-756-8680.